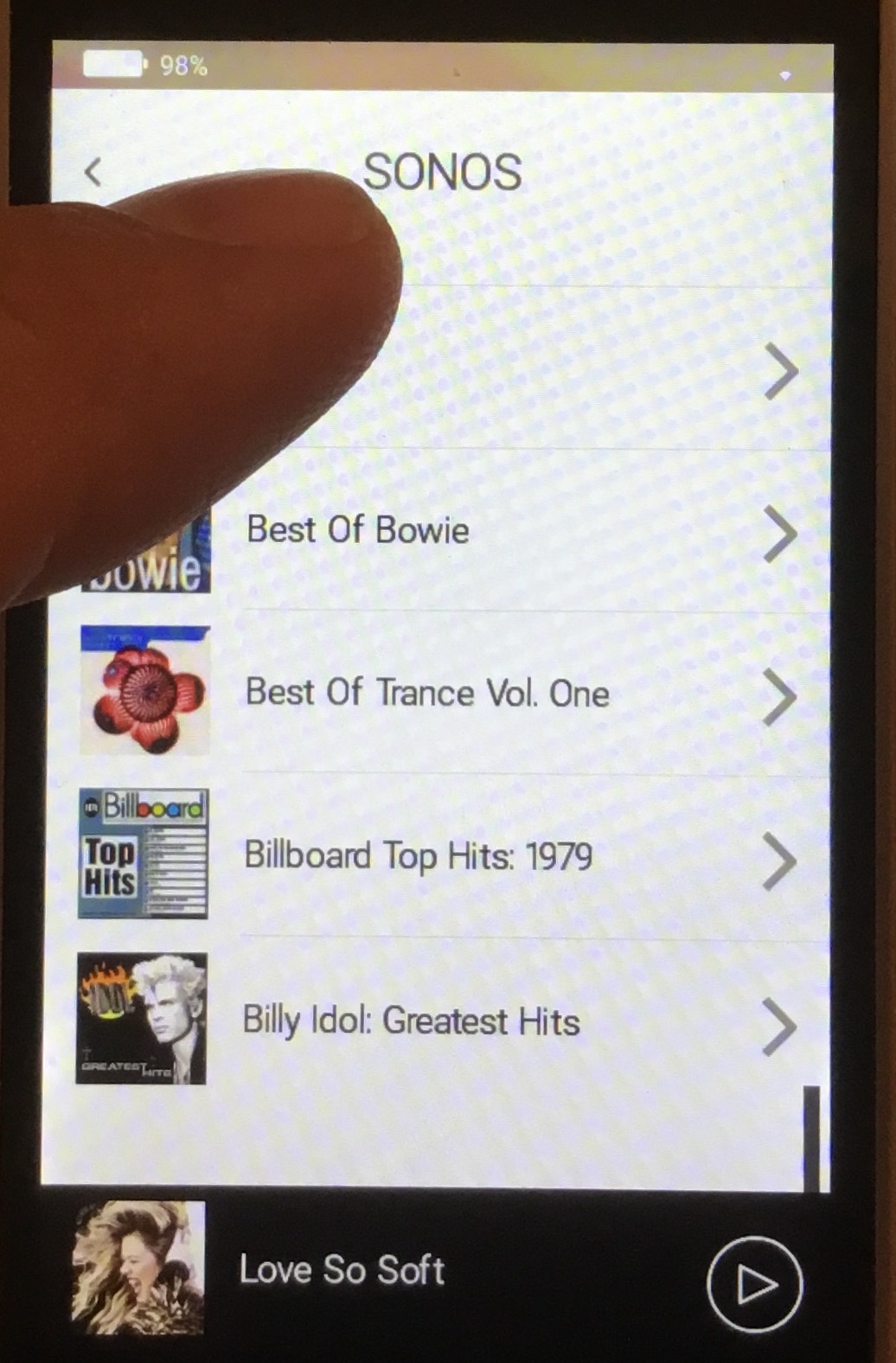 1. Songs sometimes do not play when selected on the remote. Instead an existing, paused tracked is played, or nothing happens at all.

2. The number of Albums in my Library is truncated on the remote, see picture, but appear fine in the app.

3. The sonos program on the remote has booted several times.

4. Sometimes I can only select an entire Album, not individual Songs, from my Library on my remote, but the app is fine. This bug appears in the Album view.

5. Album covers are sometimes slow to appear on the remote or do not appear at all, even though they appear in the neeo app.

6. In one case the sonos program on the remote got "stuck" in the same view, and  I could not change to another Album or Service, even after booting the remote. When I used the sonos app to play another song, the remote the updated the screen, and became usable again.