Amazon Echo and Dot is no longer recognizing my equipment... 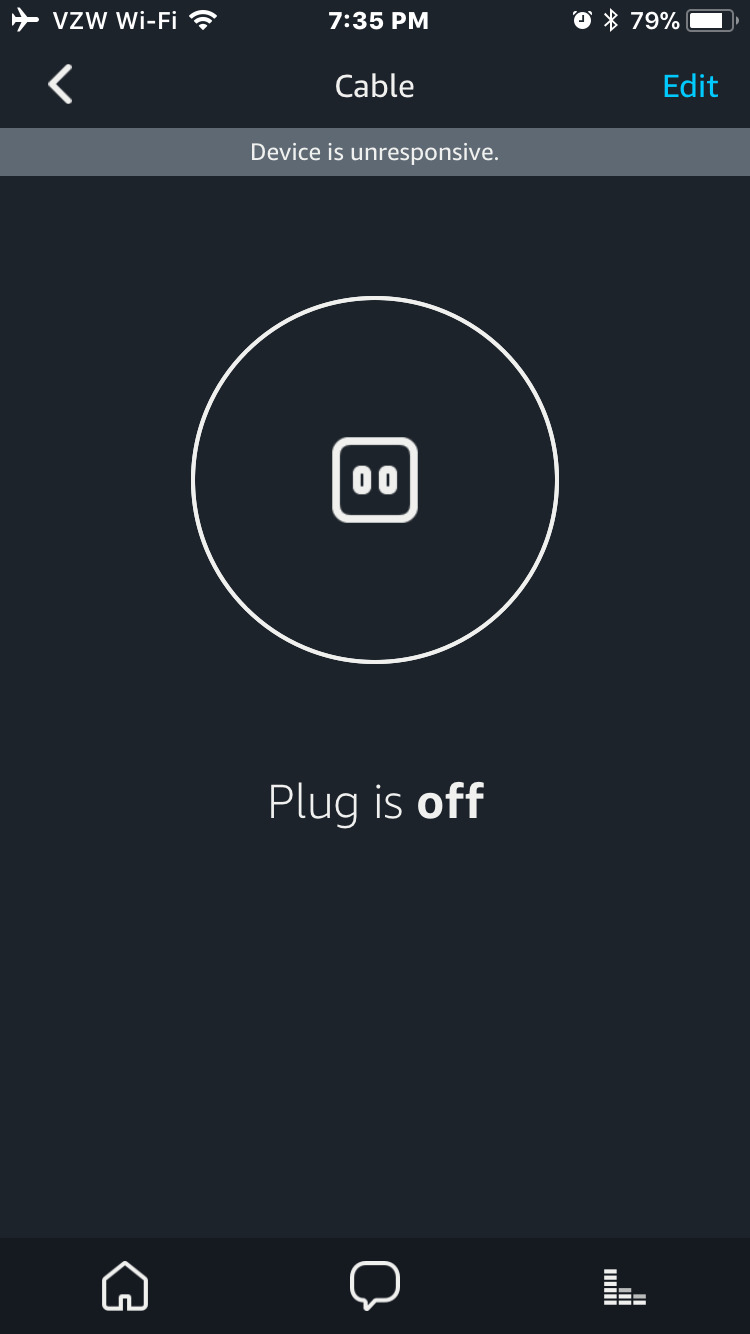 Andy  Jeff  I used to be able to say, "Alexa turn cable on" and thanks to the Neeo brain/remote everything would be turned on.  My Neeo remote would also indicate that everything was turned on and set to Cable.

Because of issues with my Neeo Brain sending incorrect commands to my TV, your support team had me reset the Brain and start over.  So I did.  So my Neeo Remote is working (except for Input HDMI 1 command), but now whenever I ask Alexa to "Turn cable on", she responds and says "Cable isn't responding" and nothing turns on.

When I go into the Alexa app on my phone (see pictures) it says "Device is unresponsive."  So how do I get Alexa to re-recognize Cable (and my other setup of Disc and AppleTV)?  I have rebooted my Echo and Dot, still Alexa does not recognize the commands now.