My Neeo is a major disappointment due to fundamental software Problems 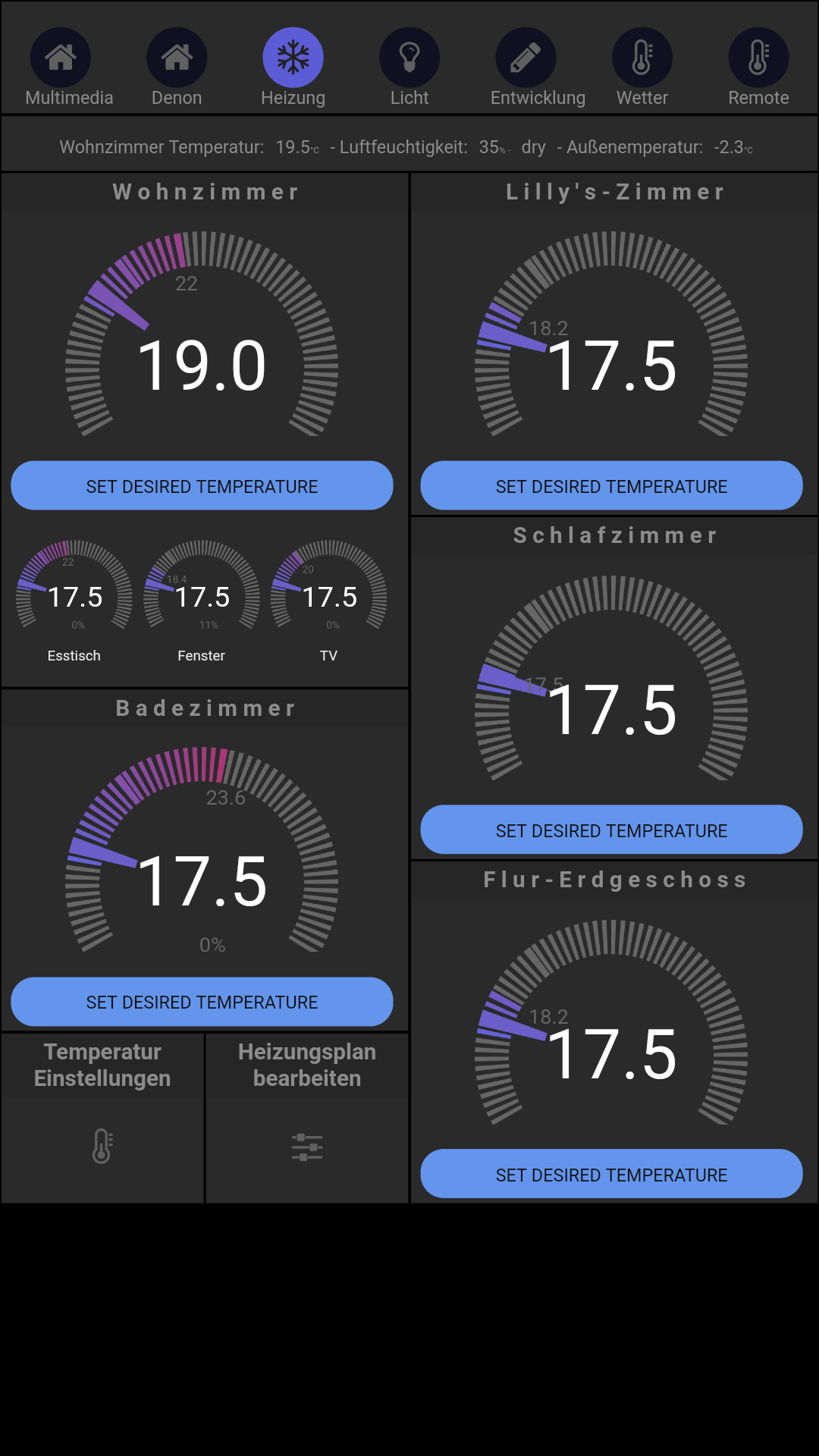 Over the last decade I tested a dozen different universal remotes and all of them failed to provide a simple and “wife friendly” user experience. (Pick it up and use without any explanation.)  Then came the Neeo Kickstarter Project with a bold claim: to end all the hassle and to provide an easy to use remote for all equipment in the house.

Two years later it finally arrived in a stylish package. The hardware did not disappoint (except for the unlit buttons) but the software is (in my opinion) a major fail.

Abstract layers (recipes, rooms, explicit device screens) between the user and the hardware makes an intuitive usage impossible. It forces the user in to the logic of the developer instead of letting the user to decide what she/he wants to do with the hardware.

Let me explain what I mean using my self made remote which I created to bridge the long waiting time for my Neeo. (I included some images of the interface of my main remote and one picture of a small Nextion touchscreen display I use for certain interaction with my home server.) It’s not about the style or the look of the icons, it’s about the possibilities how to customize the user experience.

My smart home runs on FHEM which is a free smart-home control server application running on inexpensive hardware (RasberryPi for Example).

It can control nearly every device which you can think of in a smart home context, among them of course all the equipment around my TV.

Some of my multimedia equipment is network enabled and FHEM controls them directly without IR. The others are controlled through a Harmony Hub.

Harmony is like Neeo. It forces me to do things their (Logitech) way.

Fortunately I only have to define the equipment in the Harmony app, but nothing else. FHEM is then aware of the devices and I can get all available commands via the FHEM interface.

Here lies one major advantage over Neeo. Neeo’s database is incomplete regarding the functions of a device. For example it only provides the input names of my Samsung TV by number (Input1, Input2...Input15). The Harmony Hub supplies the real names (Input HDMI1, Input Component 1, etc).

As FHEM is server based, it can be used from everywhere, even from outside of the house regardless whether I’m in reach of my WLAN or not.

This might be considered uninteresting for a remote but we are no longer in the 1980s where a remote only had to control a TV and a VHS. Today's smart homes are far more complex and there is simply no room left for expensiv remote only gadgets. (Which the Neeo unfortunately currently is.) Therefor the Neeo’s brain should be able to become a control center for a smart home bridging all the different devices.

Two important features of FHEM are dummy devices and Notifications. A Dummy can be a simple switch or it can have more complex readings. A Notify observes a device (or a dummy) and if there is a change in the device it executes user defined commands.

One of the Extension to FHEM is the Tablet UI. It's a tile based interface for switches, sliders, images, charts, knobs and all sort of other interface entities.

The display of a user interface unit can be built up out of individual pages and each page is  divided in tiles. Just like Neeo with its rooms or device pages and the buttons on them.

The major difference is that one has the complete control over the content and the look of the pages.

Each individual page is a simple HTML file and the tiles within are simple CSS blocks describing the look and function of the widgets. Icons are vector based but images can also be used on certain types of widgets as button faces.

Everything is nicely documented with tons of examples. This way even inexperienced users can quickly create (or rather cut & paste) an interface without the need of any SDK or complex programming. To cater for the vast variety of smart home devices there are a lot of widget types to choose from. Buttons, rotary buttons, sliders, color wheels, input fields/lists and many more.

A TabletUI Wysiwyg editor for those who don't want to "write" HTML code is also available. (Something like this should be available for Neeo!)

Every device which can display a HTML page and accepts touch input can be used as an input device. In combination of a kiosk style browser and an orientation sensor aware tool (like Tasker on Android) a cheap tablet can become a proper remote control with "screen off" timer and “pick it up -> turn on screen” function. (Like Neeo.)

The user has direct access to the display and knobs (if the displaying unit has any hardware buttons) and can define them the way she/he wants.

There are no limitations to mix functions from different devices for the hardware buttons and no Starting Recipe Circles to masquerade lags.

I let my wife test my remote setup and then I refine it until she has no complains and can use it intuitively. She rejected to use the Neeo because of its unfriendly and complicated usage logic.

I’m sorry to say but Neeo has not fulfilled any of the “easy to use” and “simple to set up” claims which were made during the kickstarter promotion. The hardware is capable of a lot more but not with the current software. A cheap, used tablet and Harmony Hub with a free software running on a 30 Euro Raspberry Pi delivers a much more sophisticated user experience as the very expensive Neeo!
Of course on a 7” tablet I can display more content than on the small display of the Neeo but exactly that is the reason why the Neeo should provide me all customization options, so I can get the most out of the small display size and this without lags.

My Nextion Display (driven by a WeMos D1 Mini, connected through WiFi to FHEM) has a similar display size and it provides full customization and most of all instant execution of the user input without “Starting Recipes Circles” and waiting times.

Our Neeo is currently a 400 Euro paperweight. I still hope that one day it will become just as versatile and powerful as my home made remote. I'm afraid though that this will never happen with the current user interface philosophy. You can keep on tweaking it for years but this won't fix the fundamental design flaw. I have it for over a year now and altough I keep installing the new firmwares on it, I don't see any significant improvement. This is very sad as the project started out as a game changer and the hardware has much more potential in it.