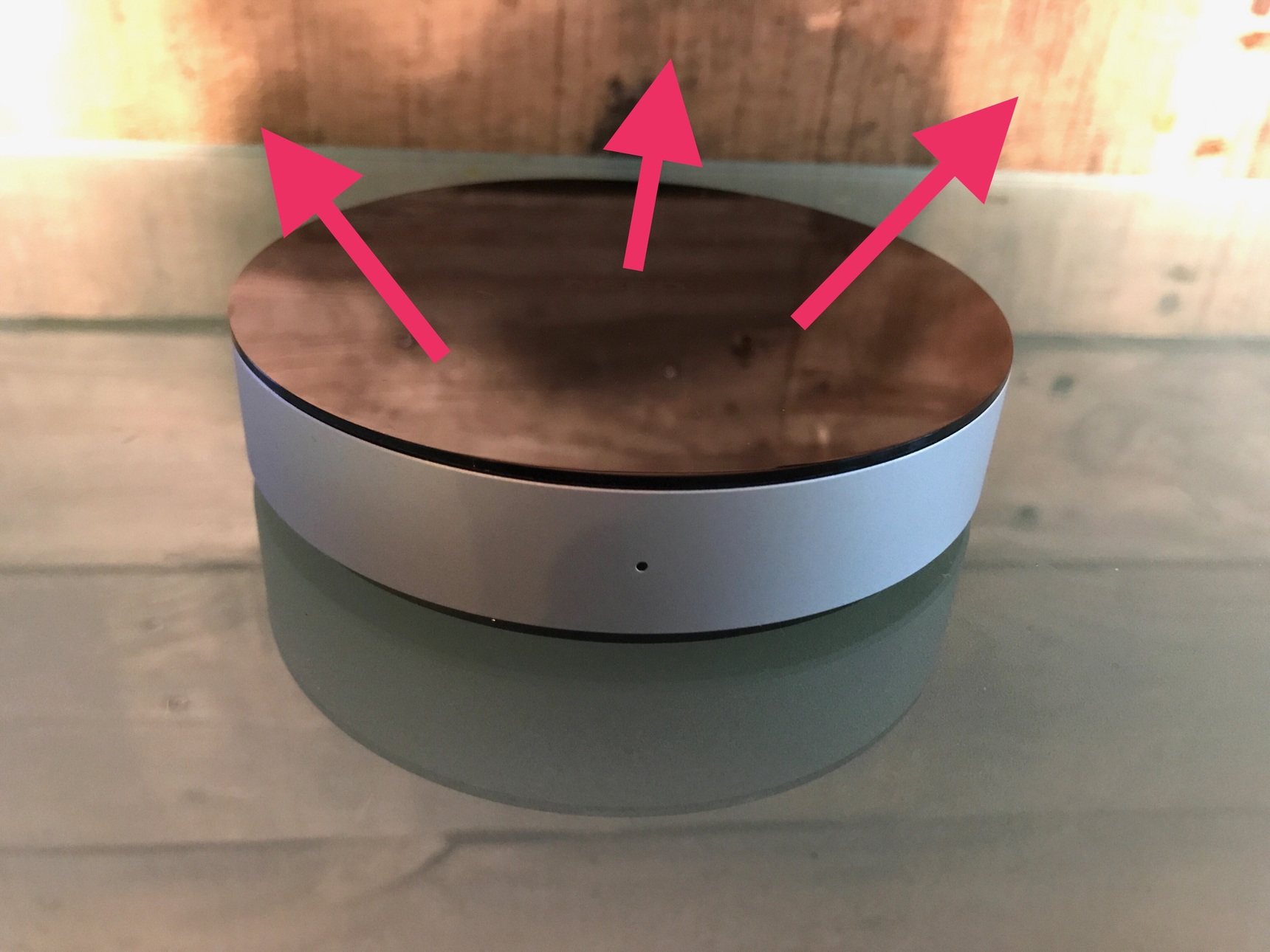 Does the Neeo Brain transmit IR signals (and others) out of the the top of the Brain?

Just gathering more info on how to place the Brain the best in my home theater setup.