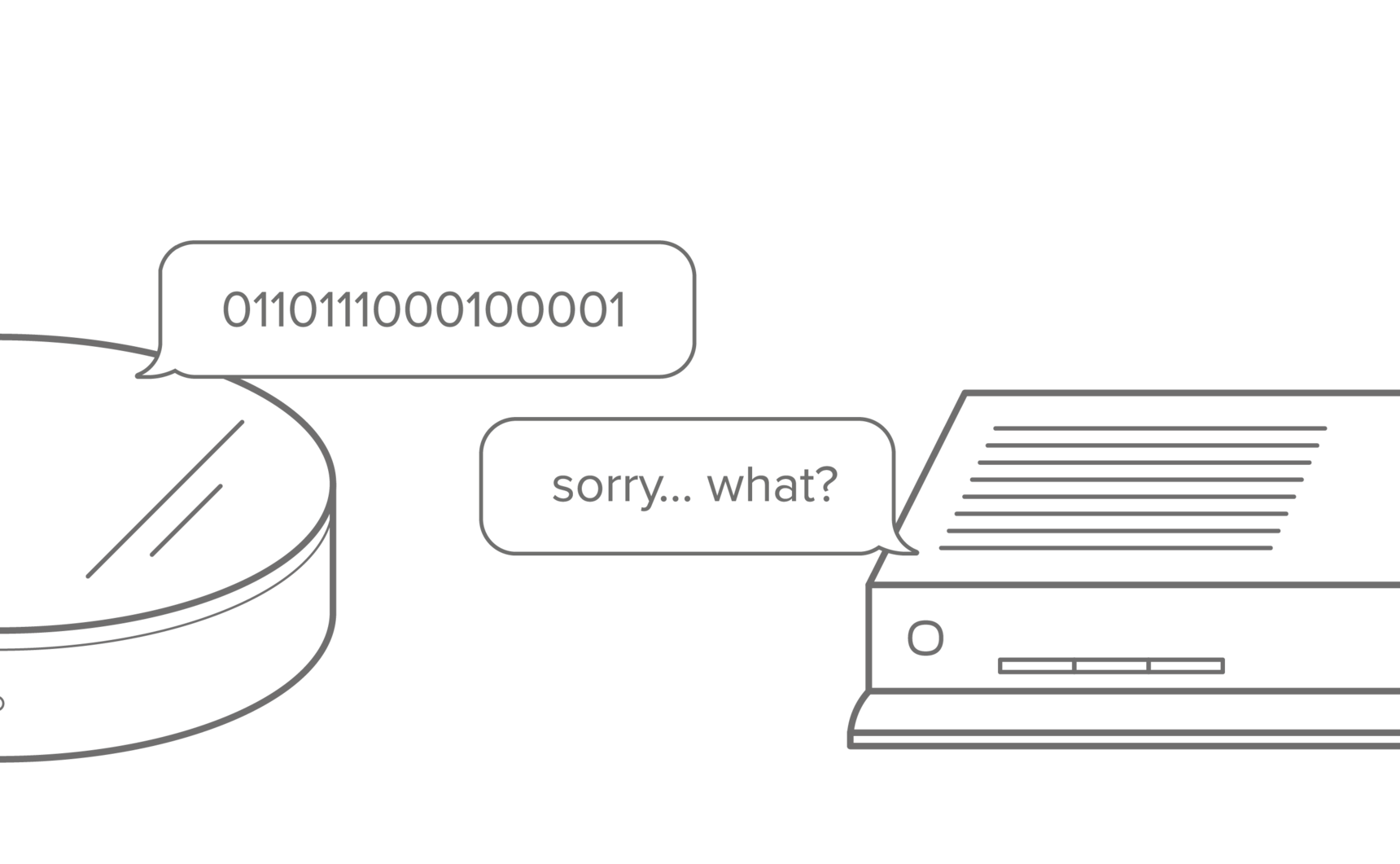 I want to share some background information with you regarding so called stupid devices and NEEOs handling of them.

I saw some of you were asking why NEEO is not handling it the way some our competitors do. The short answer is: We very much dislike that way and prefer a more robust way to handle it.

I have spent my last +10 years in the smart home industry and thought about this a lot. With my last company - which is one of the largest residential integration companies in Europe - we tried to avoid using stupid devices in general to provide a great user experience. We actually tried to get around infrared in general. Of course there are some devices like set-top boxes that are given in certain regions / projects, so we still had to deal with some stupid devices. As these were custom installations, we had a chance to install additional gear to actually detect the device's status (tricks like monitoring the video sync or the power consumption), which allowed us to KNOW the actual status of those devices to handle them properly. In rare cases, there were still some stupid device situations we had to deal with. For instance, existing TVs that did not support discrete input switching. In those rare situations, we used a mechanism that is identical to the stupid device handling of NEEO. Basically, we offered the exact functions that are provided by the manufacturer of those stupid devices and which are needed to get to the result. If there is only an "input toggle" available for stupid infrared controlled TVs, the "input toggle" is exactly the button we provide. This allows the user to get to the desired result anytime, independent from the unknown status which the device is in when starting it.

WHY NOT AUTOMATE THAT?

The short answer is: Because I hate unreliable automation. On top of that, less technical users have no understanding of what exactly is happening, or might not even know about the stupid device challenges in general. By providing a very descriptive UI that instructs the user to do the right thing, the user basically has full control over what’s happening. Automating any toggle functions, such as power toggles or input toggles, results in messy scenarios where users need to “repair” things to bring them back to the right status. I have tried to make a well known competitor remote work to control some Loewe and Vizio TVs and the way they tried to "remember" what input things were on is worse than the odds of playing roulette. I could sort of deal with it, as I generally know the functioning of such AV gear. My wife, however, who is less familiar with that had zero chance. For her it was just working sometimes - but often not.

I had installed the above-mentioned product only to get to know it a bit. I did not particularly like it ;) In comparison with the remotes I used to work within my custom installation company (such as Crestron and RTI), the competitor profit mentioned above was a huge step backward; a huge step backward from an expensive custom solution that was not satisfying either. I’m in no way here to bash those “competitor” products. Just sharing some insights.

One thing Andreas Marti and the team did particularly regarding this topic was to gather and reverse-engineer tons of infrared codes since day one of NEEO. There is no good database out there.

Looking at the numbers in our database, I can tell you that already today we have more discrete codes than any others. And the best thing is that this is growing fast, also thanks to you!

There are two more factors I want you to be aware of:

We have built in HDMI CEC support which is very unique. The first beta of this feature is coming up for particular products. By having this HDMI port in our NEEO Brain, we will be able to do the magic other remote or smart home systems will never be capable of. Via CEC, we know the wiring details and we can discreetly control devices. No toggle roulette. Of course, just like with IR, there are a lot of edge cases in the real world and it’s by no means easy to get that done properly. But you know our engineers. I have no doubt this will be awesome once they invested some time into it.

In the infrared world, there are solid macros that can overcome the toggle issue.  The driver team is actually doing a ton of workarounds like this in the database. We do have a mechanism in the product where the driver team can enter a small macro simulating a discrete command. Of course, we do this very carefully and only with macros that bring a good experience. The mechanism is there tough and we use it wherever it makes sense

We have built our own database in the last 3 years from scratch to solve exactly this and many other nasty cases you find with IR. Andy and the driver team have been creating something that certainly goes beyond anything in the market: We fought hard to get a ton of toggle commands that you won't find elsewhere, the same goes for codes we created and reverse engineered.

Even more infos about our IR approach can be found here.

Here is an example: If your set-top box can be turned on with a (#1) digit, it should suit for such a macro. Basically, the (#1) key will become the “power on” command. To have a specific status, you use a macro such as (#1), wait for 3 sec and then send (power toggle) to make sure it’s turned off. This is how you get to a discrete ON and a discrete OFF command / macro. Such workarounds can make a stupid device “smart”. But you don’t need to do this manually. The way our database is built allows for such “macros” to become a simple command. If you work with Andy to make your device smarter, there is a good chance to get to a robust solution; a much more reliable solution than what automating the power toggle could ever be. Give it a shot. Everyone in the community will benefit if we make your devices smarter together. Of course, there are still some devices in the wild that do not support any of the options mentioned above - and for exactly those, we have the robust stupid device handling with the screens that offer the right buttons.

Long story told short: If you have a stupid device and you find a command that wakes the device up / turns it on, make sure to let us know!

Here is an analogy to describe the weakness of automated toggling so you can follow my thoughts:

It would be a bit like having a car that can drive forward and backward, but instead of having a (D) for forward and a (R) for backward, you simply have a “change direction” button. Most of the times, it will be right and you can remember correctly what you did last. Depending on that, you know whether or not you need to press the button to drive into the direction you want. This could work in many situations but when it goes wrong, it’s pretty ugly. I prefer control.

If you still want to automate it though you can do so of course: Via the recipe editor, you can still implement such toggle automation in the same fashion as it’s done in the competitor product mentioned above. We don’t restrict that, but we do NOT recommend it, especially if you have some non-technological users around. If it goes wrong just once, their perception will be “Sometimes, your remote does not work".

In addition to the stupid devices that do not provide discrete commands for "power on" and "power off", there are so called "stupid input devices". These do not allow discretely switching to specific inputs with specific commands, meaning inputs can only be selected via toggle/scroll of a menu.

A discussion I would be very interested to have here as well is about the hub devices such as AVR or some soundbars and target devices such as TVs or projectors. The competitor product I was referring to further up handles this extremely poor. Basically, again they try to automate something that is not meant to be automated. Confusion is guaranteed. I tried several times to create one of their "Activities" that goes to the right input, but no chance. Within NEEO, those exact devices are smart devices with discrete power and input switching, so I don't even have to deal with any hacks at all on NEEO. There are quite a few of such devices, where NEEO features discrete commands, but above mentioned competitor does not. Anyways, some devices are truly "power stupid" some truly "input stupid", some are both.

So how and when do you send what command in order to switch to the right input of a TV that neither offers discrete power nor input switching?

How and when do you switch the input for your AVR, even if you have a discrete command for it but power is stupid?

Assuming some of you would think about adding a power toggle into the recipe; if the power roulette went wrong (device was already on when you sent the power toggle command) you would run into a situation where the input command was ignored. Now you "repair" your device and need to find a way to send that input again. This sounds like a nightmare for a less technical user.

How does it behave if you combine those two devices?

In the current NEEO handling of stupid devices (which is not 100% completed) those cases are ALL covered, as on the same screen you have both the manual power and all you need to switch the inputs (probably many of you have not seen that as you were dealing only with stupid source devices I assume). Also, if you have multiple stupid devices, no matter whether they are "power stupid" or "input stupid" or both, the handling to get everything ready is all on one screen.

Sorry for not having managed to write that in a shorter post. I hope this gives you some good insights.